Death Valley, California, USA
Captured in this photo is evidence of a land shaped by several of the earth’s most transformational forces: water erosion, wind erosion, volcanic, and plate tectonics like basin/range extension and earthquake.
Morning light at Zabriskie Point in Death Valley National Park. The sun's light had raced across the valley floor and was gradually making its way up the Amargosa Range on the east side of the valley. Manly Beacon, sticking up, is able to catch those rays before the surrounding badlands formations. Death Valley is a world of extremes. As one of the hottest and driest places on the planet, it supports a staggering amount of wildlife, and despite the lack of water, some of its most prominent landscapes are the result of water erosion.
Canon EOS 6D; Canon EF 70-200mm f/2.8L IS II USM; Gitzo tripod, RRS Ballhead
1/125s; f/8; 102mm; ISO 100
Post Processing done using Lightroom 5.7.1 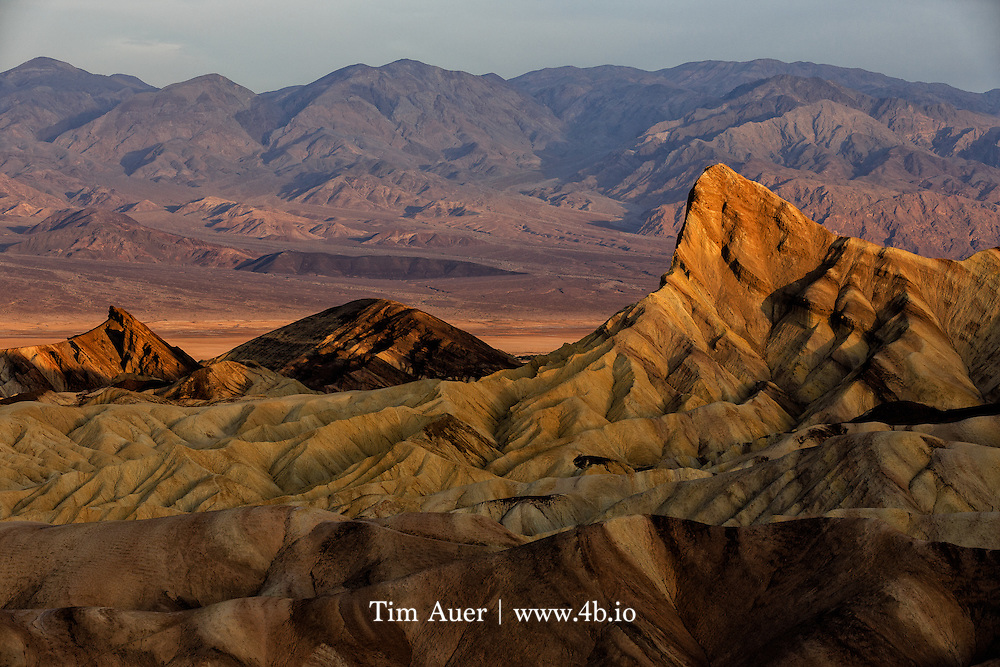