While in Katmai National Park I had the opportunity to observe the courting behaviors of bear 856(male) and bear 402(female). From talking to the park naturalists, I had been aware that 402 had abandoned her yearling cub and may have gone into estrus, while big and burly 856 was hot in pursuit. Having this knowledge in the back of my head, I understood the motivations behind the playful teasing and flirting the pair exhibited. At times their behavior was cute, but most of the time it was as you would expect for a bear: aggressive. 856 behaved like a jealous boyfriend. He would let his frustration be known to his fellow bears at the falls by chasing them off.

In a vain attempt at understanding, humans are prone to project our own emotions onto animal behavior, and this photo exemplifies this human tendency. Captured in the heat of the moment, the image appears to show a moment of tenderness between the loving bear couple in a bed of wildflowers...and the brutal nature required to survive in the harsh Alaskan environment.. 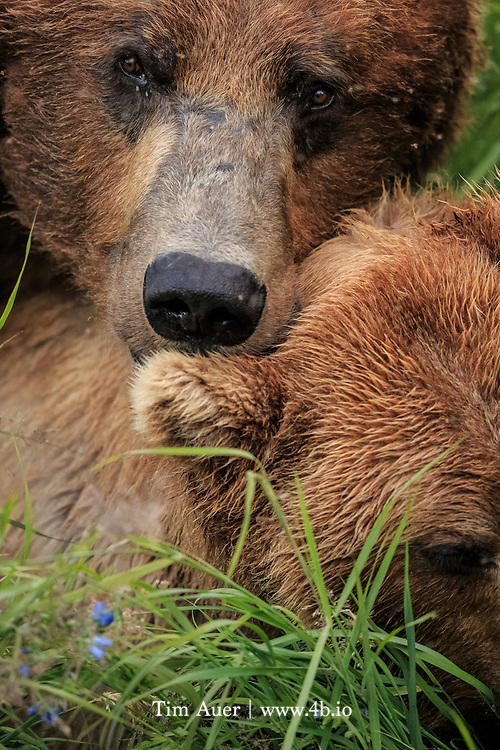