As expected for Death Valley in July, it was hot, but nothing unusual at about 121F/50C. What was more unusual was the storm that blew in later that day. The storm front came in over the Black Mountains in the southeast and moved northwest up the valley. There were raindrops on the valley floor, lightning high in the mountains, and fierce wind everywhere blowing sand. This photo was taken as the storm crested over the range. The resulting change in air pressure mixed with extremely hot air lead to violent turbulence and sandstorms, and flash floods in all the washes.

Death Valley is a world of extremes. As one of the hottest and driest places on the planet, it supports a staggering amount of wildlife, and despite the lack of water, some of its most prominent landscapes are the result of water erosion. Captured in this photo is evidence of a land shaped by several of the earth’s most transformational forces: water erosion, wind erosion, volcanic, and plate tectonics like basin/range extension and earthquake. 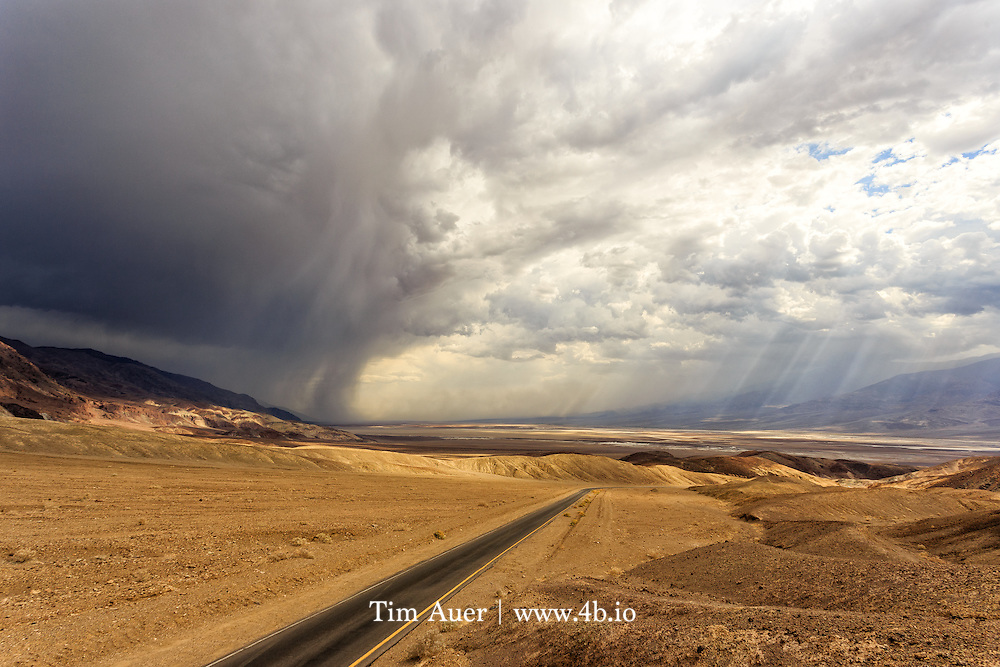