Elastic Snort
Arctic Ocean, off shore from Kvitøya Island in the Svalbard archipelago
A surfacing walrus snorts air to evacuate water from its nasal passage.
Kvitøya, a small island in Svalbard archipelago north eastern corner, is almost fully covered by an ice cap. In fact, with the exception of two small beaches, an ice cap with average depth of 200m, covers 99% of the island. On the day I was there, one of those beaches had a polar bear, and the other had hundreds of walrus. We explored both beaches from zodiac, but it was the experience at the beach with the walrus that was profoundly moving.

Manning the zodiacs at midnight, the sun, at 2 degrees altitude, was flirting with dipping beneath the horizon for the first time of the season. The sea was smooth and silky. The water was so still that ice crystals could be observed at the surface. As we approached the walrus, pockets of dense fog diffused the rich sunlight. As we glided softly in our zodiac, some of the walrus came to meet us. There were hundreds of them, cycling between land and water, it was like a conveyor belt.

In this photo, a walrus surfaces but the water tension has yet to break, with the exception of the snort. 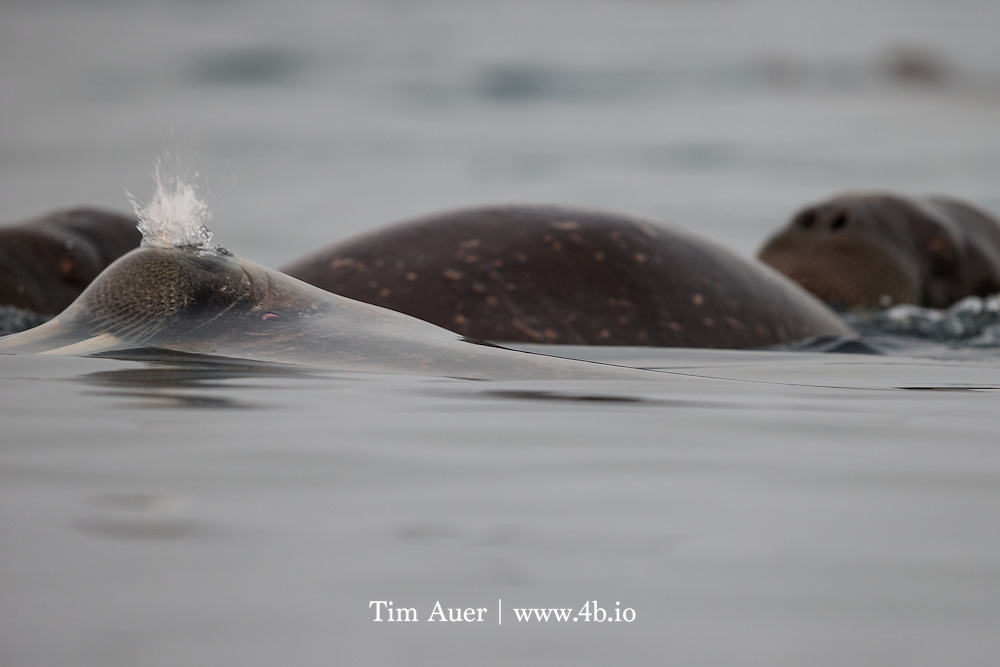